We have our very own EME (Earth Moon Earth) Enthusiast

Warren (Mac) McClure , AI4AK is our club's EME and satellite enthusiast. His interests in satellite amateur radio span many years. At Field day he scores us points for satellite contacts, year after year.
He has also taken his setup to local schools and demonstrated satellite communications to budding engineers and scientists.

Mac got interested in EME this past year went on a quest to build a world-class EME station. At Field day 2016 he attempted to erect the giant antennas that have a boom length of 42 feet! Because of missing parts and no way to raise the giant antennas the effort had to be abandoned.

Recently he completed all the work on his station and making contacts!

Mac commented "The European guys love the Americans. I am causing mini pile-ups as they exchange short-hand messages!"

He will compete in the the October EME contest the weekend of October 22-23rd. 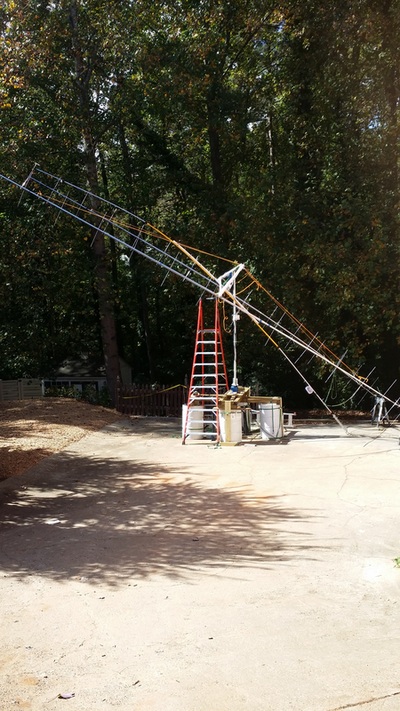 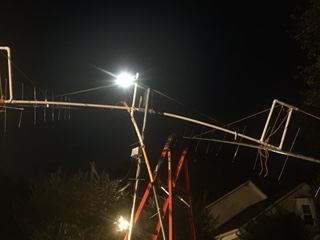 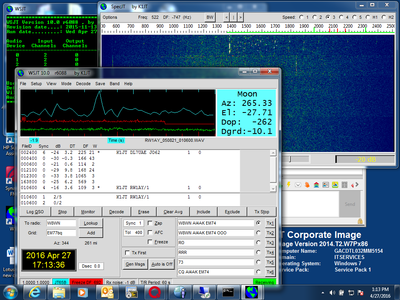